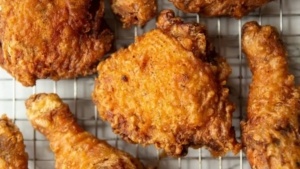 If you’ve been craving some, here are eight of the most tender and juicy Thai meat dishes you’ll surely love!

Thai fried chicken is among the popular Thai meat dishes that are often served as an appetizer or main course. The chicken is marinated in a mixture of soy sauce, fish sauce, and Thai spices, then fried until golden brown and crispy. Thai fried chicken is usually served with a dipping sauce or sweet chili sauce. 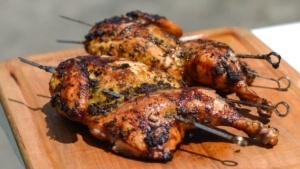 A whole, marinated chicken is grilled or barbecued to make kai yang, a poultry dish from Thailand. Sticky white rice, dipping sauces (sweet sauce in the Central region, sour sauce in the Northeast), and a vegetable salad known as som tam typically accompany the chicken.

It’s available in nearly every market in Thailand. Kai Yang is distinguished from other grilled chicken dishes by its marinade, including soy sauce, ginger, white pepper, fish sauce, vinegar, hoisin sauce, and herbs such as cilantro and lemongrass, and garlic. 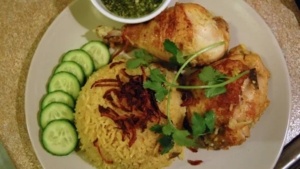 Khao Mok Gai, commonly known as Thai chicken biryani, is a Thai meal comprising rice, chicken, and Thai spices. It’s comparable to Indian biryani and Pakistani pilaf. Khao Mok Gai (chicken buried in rice), which was developed and eaten primarily by the Muslim-Thai people for centuries, is a Halal dish from Persian traders hundreds of years ago.

Chicken and rice, just like in the classic dish, are salted heavily with traditional biryani spices like curry powder, coriander, cardamom, turmeric, cumin, and cinnamon. The meal is served alongside fresh tomatoes or cucumbers in Thailand, and a side of the required Nam Jim dipping sauce made of fresh mint and ginger is included. 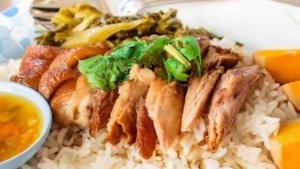 Khao Kha Mu is a Thai pork leg stewed in soy sauce and five-spice powder. It’s a dish of Chinese origin that the Thai people have adopted. The pork leg is slow-cooked until it is very tender, and the resulting dish is often served over steamed rice.

Khao kha mu is usually made with pork shoulder or pork belly, but any type of fatty pork can be used. The soy sauce and five-spice powder give the dish its characteristic flavor, and the dish is often garnished with fresh cilantro and green onions. The key to this dish is to simmer the pork to become very tender.

Gai Pad Kra pao is a Thai meat dish made with chicken, Thai basil, and chili peppers. It’s a stir-fried dish that is often served over steamed rice. The dish is typically made with chicken breast, but thigh meat can be used as well.

Stir-frying chicken makes the dish with Thai basil, chili peppers, and garlic in a hot wok. Once the chicken is cooked through, the dish is usually garnished with fresh cilantro and served with steamed rice which will make your palate happy when you crave Thai meat dishes. 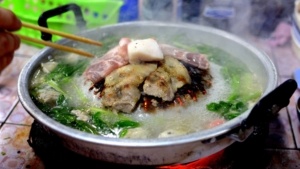 Mu Kratha is a Thai meat dish made of Pork with lemongrass. It is a Thai specialty marinated in a blend of Thai spices and then fried until crunchy. It’s a typical starter or main course dish. The pork is coated in a mix of Thai seasonings before being fried until golden brown and crispy. Various spicy dipping sauces known as Nam Chim are usually served with Mu Kratha.

This Thai pork dish is a mix of Korean barbecue and Chinese hot pot. The meat is grilled on top of a dome in the center of the pan, surrounded by a broth in which other ingredients such as vegetables, fish balls, or mushrooms are cooked, thus evoking memories of the Chinese hot pot. 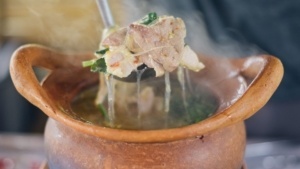 A Thai-style hotpot with galangal and lemongrass, two of Thailand’s most iconic flavors. The galangal and lemongrass give the dish its characteristic flavor, and the dish is often garnished with fresh cilantro and Thai chili peppers. The dish is typically made with chicken or pork, but beef or seafood can also be used. The hot pot is usually filled with a clear broth, but a coconut milk-based broth can also be used.

The term Chim Chum refers to a traditional Thai dish as well as the earthenware pot in which it is cooked. The term “drip and drop,” which roughly translates as “drink and drip,” is meant to be eaten as a communal meal, and it is often served with Nam Chim, a dipping sauce made of garlic and chili peppers., fish sauce, lime juice, coriander, shallots, and palm sugar. 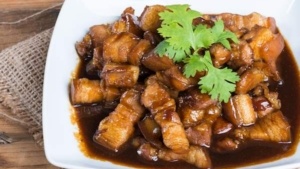 This classic Thai meat dish is made with a variety of pork cuts that are cut into bite-size pieces and fried in a delicately sweet blend of sugar and spices. The meat is well-coated with a thick, caramelized sauce that usually includes palm or brown sugar, garlic, and an optional chili peppered fish or soy sauce.

The pork neck is marinated in a sweet sauce and then grilled until slightly charred and crisp. The dish is often garnished with fresh cilantro and served with steamed rice and a Thai chili dipping sauce known as Nam Chim Kai.

Meat is an integral part of Thai cuisine, and there are many delicious Thai meat dishes to choose from. Whether you’re looking for a stew, a stir-fry, or a grilled dish, there’s sure to be a Thai meat dish that you’ll love.

So go ahead and munch on some Thai meat dishes! Just head to our restaurant or contact us to order now!

About the Author: danica 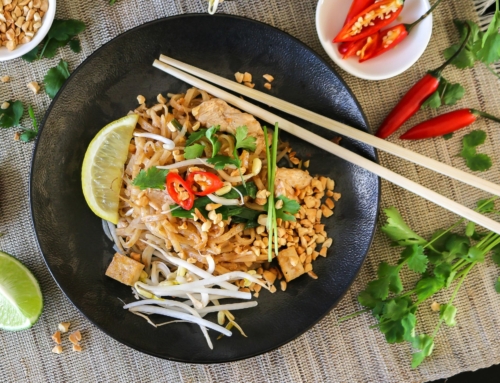 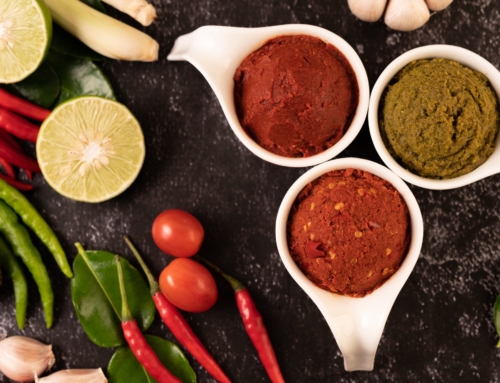 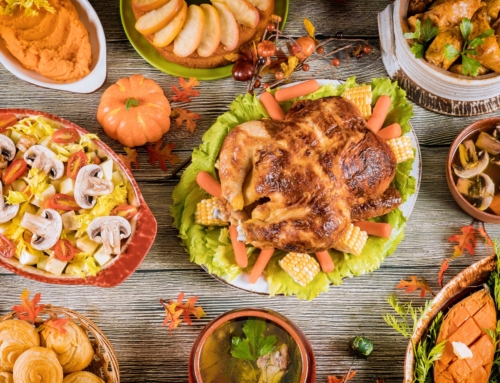 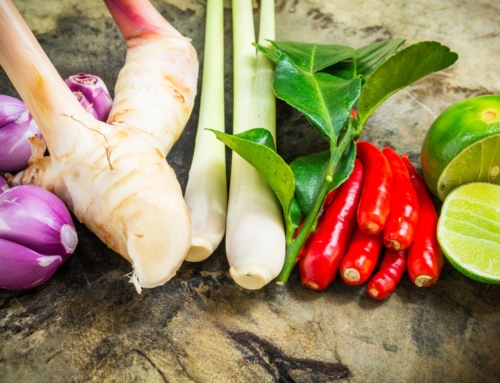 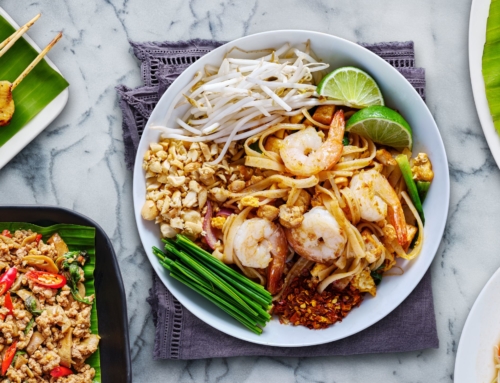